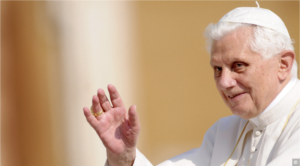 Much has been penned about the legacy of Benedict XVI in the weeks following his death on 31 December 2022. But, after the death of many public figures who profoundly leave their stamp on the lives of others and institutions, we should ponder how best to balance their legacy.

Joseph Ratzinger, who became Pope Benedict XVI, is undoubtedly a very significant theological figure. His earlier publications, for example, Introduction to Christianity, are still great theological works widely read and used. Later on, as pope, he wrote Jesus of Nazareth. Those three volumes are excellent, one on the infancy narratives, another on Jesus’ life and the last volume on his suffering, death and resurrection. They are remarkably accessible and yet brilliantly scholarly.

Despite the mixed public opinion, we also need to remember Benedict’s willingness to face the abuse crisis and the scandal and fallout which ensued around the globe. By all accounts, John Paul II did not believe and would not hear that this was a crisis of epic proportions. Instead, he swept it under the carpet. At the time, Cardinal Ratzinger, the head of the Congregation for the Doctrine of the Faith (CDF), tried to flag this issue and put the brakes on some of the decisions that John Paul II was making. Later, as pope, Benedict, for the first time, apologised to victims and met with victims in Australia and the UK. Did he go far enough? Maybe not, but we cannot ignore his courage to at least begin facing this catastrophe in the Church.

Many will remember Benedict for his courageous resignation from the papacy when he felt he could no longer fulfil the Petrine ministry. Benedict’s witness was profound in a world where leaders damage institutions and nations when they will not let go of power. It is even more profound as he was a traditional man. Breaking from tradition for the greater good says something about his integrity.

But Benedict also had shadows. When he was head of the CDF, he chose to silence many theologians. This is ironic because he was a theologian himself. It was almost as if he blocked any development in theology he did not like. This created an atmosphere of suspicion, mistrust and fear in global Catholic theological circles. He did not always do theology or theologians a favour. As a result, a lot of damage was done to relationships and hurt caused to many good theologians.

Benedict, I would argue, left the Church’s liturgy in the biggest mess since the Reformation. He presided over the disastrous English translation we now use. He opened the door for the Traditional Latin Mass to be used widely. This has caused very deep divisions and harmed the unity of the Church in an irreversible way in the last fifteen years. He also created the Anglican Ordinariate. In a nutshell this was a way for former Anglicans to enter the Catholic Church yet maintain their liturgical roots. Many of these Anglicans were running away from issues in their own communion and have added little value to Catholicism.

Benedict also bought into a clerical model of the priesthood and the Church. Despite the fall in vocations to the priesthood and religious life, many lay people, especially women, felt they were “second-class” citizens. He was a product of his time and his ideology.

Like us, Benedict XVI was a man of brilliance and blindness, lights and shadows. We should balance his legacy. After all, he was human.

A Field Hospital for the Traumatised

Back to top
We use cookies to ensure that we give you the best experience on our website. If you continue to use this site we will assume that you are happy with it.
OK, Got it
Select the fields to be shown. Others will be hidden. Drag and drop to rearrange the order.
Click outside to hide the comparison bar
Compare